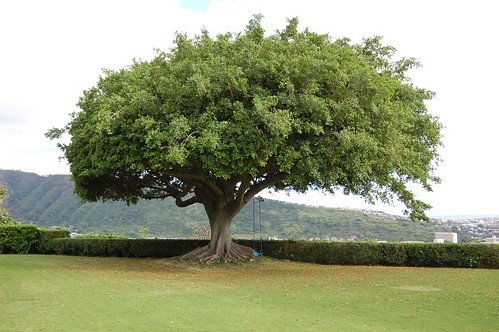 The 20th century saw an enormous increase in the abundance available to much of the world’s population. Yes, poverty continues, and our task remains, as long as children die needlessly by the thousands each day. Yet, the desperation and squalor that much of the world lived in at the end of the 19th century is no longer the norm. If you doubt this, check out GapMinder’s statistics, presented in this TED talk.

Innovation and knowledge will provide solutions to climate change – the only question being whether they will do it in time. A transformed industry (see industrial ecology) will continue to produce, but more intelligently.

The only major hiccup is in cheap energy. Rising fossil fuel costs are inevitable, and probably sooner rather than later. We can sit back and demand action from our governments, or we can take things into our own hands. Because cheap energy isn’t going to disappear.

Today, the alternative to cheap oil and dirt cheap coal isn’t unaffordable solar and wind. Prices for renewables are coming down. It’s now a matter of paying a modest premium, not even double the super-cheap prices we’re used to, and certainly affordable for the most significant users in the developed world. Combined with some intelligent choices, continued innovation, and some belt-tightening when it comes to our wasteful habits, we can get through this, possibly with some temporary hardship, but without a peak oil apocalypse.

The trajectories of clean and dirty energy will cross, possibly very soon, as work accelerates on new solar technologies and other renewables, as well as on energy transport and storage technologies. Fossil fuels will never be as abundant as they were, but renewable energies will continue to get cheaper through the power of innovation.

What can we do?

Wondering how to slash or even eliminate our greenhouse gas emissions by 2050 will look entirely different when solar energy is cheaper than coal. Allowing everyone on the planet to have a decent standard of living and access to the best things about the modern world – will be an entirely different task as solar panels get cheaper.

But it still needs to happen – we’re still dominated by the old ways, the old habits, and interests, even risking the planet as we know it, always risking our future. We need concerted action to push forward the technologies and the policies that we need. We need to pull together, to pool our knowledge, to share and build our knowledge banks from the individual level to the corporate and government levels.